We Donated 10% of our Revenue to Charitable Causes

Company News > We Donated 10% of our Revenue to Charitable Causes

In 2015, we donated 10% of our revenue to charitable causes including Royal British Legion, a treatment room in the new Breast Unit at Noble’s Hospital, Manx Breast Cancer Support Group and the Isle of Man Junior League Football Development Team. 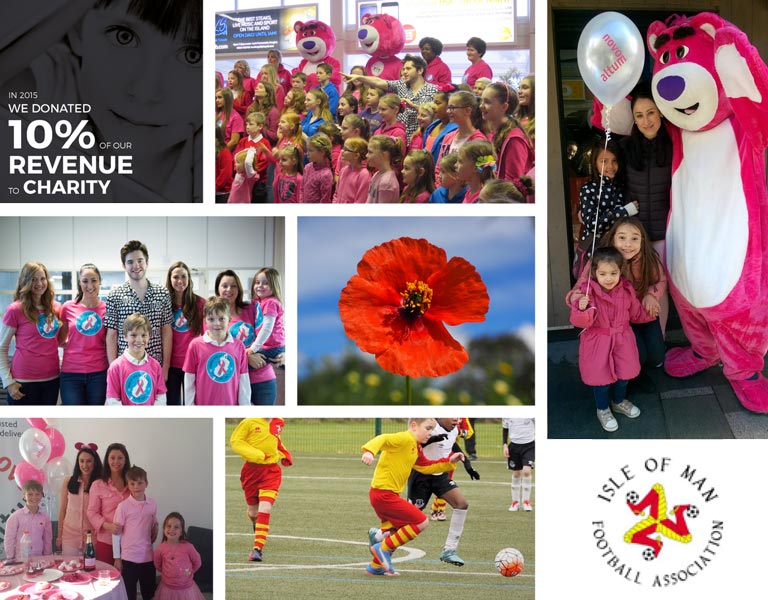 The Manx Breast Cancer Support Group is a local Isle of Man charity, dedicated to improving treatment and care facilities to all breast cancer patients, their families and carers, on the Isle of Man.

In 2013, approximately 100 patients were diagnosed with Breast Cancer on the Island, most of which were referred to the Outpatients Clinic, which has limited facilities. This sparked the charity’s first major campaign; to raise £1.5m to build a dedicated Breast Cancer Unit at Noble’s Hospital. The local community helped the charity reach their target through donations and fundraising efforts. We were touched by the communities generosity and wanted to get involved in this worthwhile cause, so we decided to fund one of the treatment rooms in the Breast Unit.

The Novo Altum Foundation has been involved in various fundraising activities since then, including October’s ‘Isle of Women’ weekend, and the Simon Lynch Christmas Charity CD. The Charity CD aimed to raise funds for special treatment equipment that will further improve breast cancer care on the Island. We’re thrilled to have sponsored this initiative, and to have had the opportunity to work with the Manx Breast Cancer Support Group again and to assist their efforts to improve the quality of treatment in our local community.

The new Breast Unit is due to open its doors early this year and will no doubt make a huge impact on the lives of breast cancer victims. To learn more about this cause, visit the Manx Breast Cancer Support Group’s Facebook page.

END_OF_DOCUMENT_TOKEN_TO_BE_REPLACED

Scroll through All Articles

This site uses cookies to improve your experience. Find out more.